Brexit as an opportunity: Three products only = 14 Billion Euros; and 36 Meetings

Peter Drucker used to say that there are no risks, only opportunities. Scratch the former, you will find the latter.

While everybody speaks about Brexit as a risk, the consequences of Brexit, the implications of Brexit, etc., ad nauseum, Brexit is indeed a great opportunity.

First: substitution of UK exports to other countries;

Second: substitution of ours (each country’s) exports to the UK.

And the values of these opportunities are enormous, regardless of the size of the countries.

Take the case of two small European countries: Ireland and Portugal, for instance.

Only for three products (machinery, medical devices and trailers) that:

A – Ireland exports a lot;

B – Portugal imports a lot;

the value of the opportunity is almost 14 billion euros (see table below). 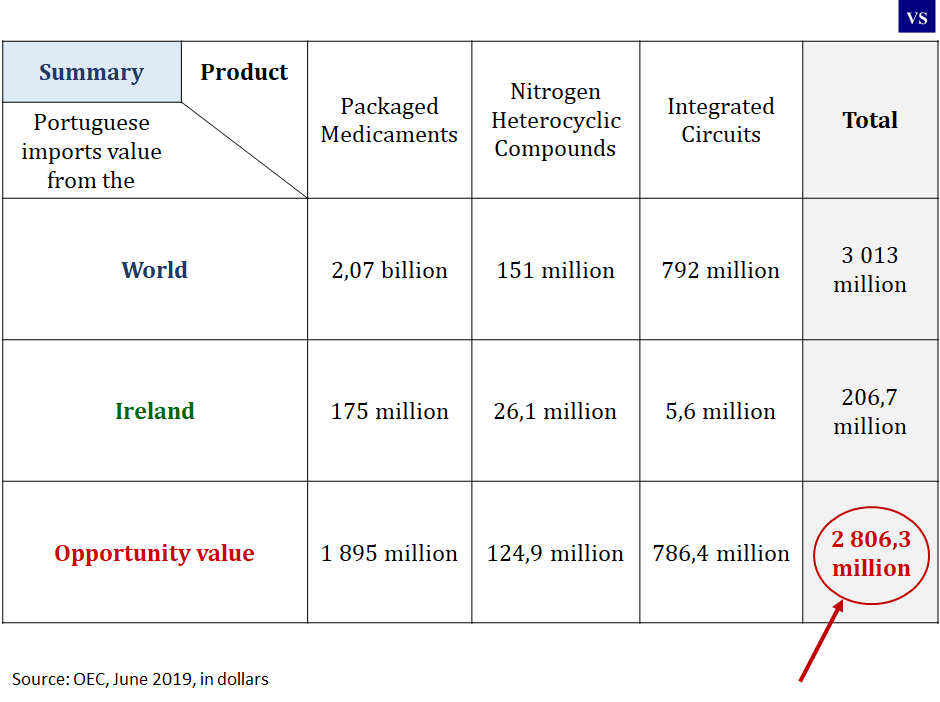 Brexit as an opportunity was the topic of the conference of Professor Jorge Sá at an event organized by Enterprise Ireland (the state agency in charge of Irish exports).

The analysis, exemplified by the table above and many other products in Professor Sá conference, can naturally be done to any EU-27 country.

The end product is a list of 1) which companies, 2) in which countries, 3) to contact, 4) to sell which products, since they represent the greatest opportunities due to Brexit.

Then the presentation was followed by 36 one-to-one meetings between Irish and Portuguese companies.

Eight Irish companies had 36 meetings in 4 hours organized by our office last December the 4th.

And the table below indicates the sectors to each the eight Irish companies belonged and the organization of the event. 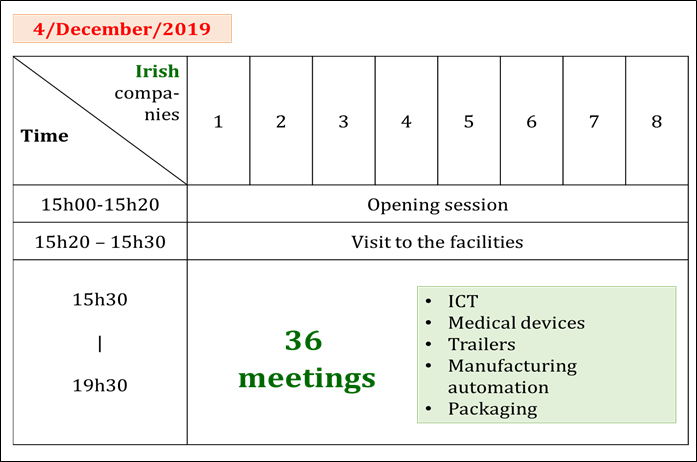 As the Irish proverb says “Tús maith leath na hoibre”, that is: A good start is half the work.

View all posts by Markint